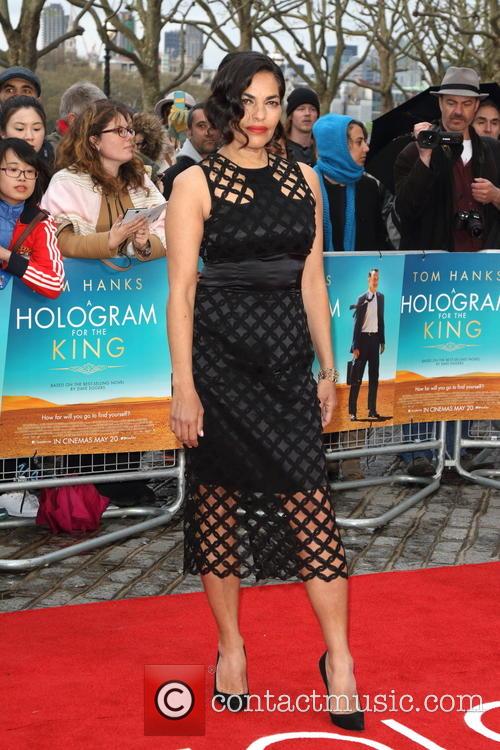 Alan Clay is a middle aged American businessman who's life has recently derailed. With nothing left to lose, Clay travels to Saudi Arabia in a bid to secure a potentially huge IT contract - a 3d meeting system to be installed in a huge new complex that's currently being built. Accompanied by his friendly Chicago (the band) loving driver, Yousef, Alan is taken to the site of his client's new city and what he finds isn't what was expected - a barren land to be specific.

Working under increasing pressure, Alan suffers an anxiety attack and collapses. When he awakes, he finds he's in bed and a nurse is by his side. As their friendship deepens, and cultural differences are obvious, something connects the pair. Perhaps a trip to a distant land is the exact thing Alan needs to add some perspective to his life.

A Hologram For The King is directed by Tom Tykwer and based on the 2012 book by Dave Eggers.