Actress/comedienne Sarah Silverman Regrets Performing A Comedy Sketch In Blackface Earlier On In Her Career Because She Felt The Bit Was "Racist". 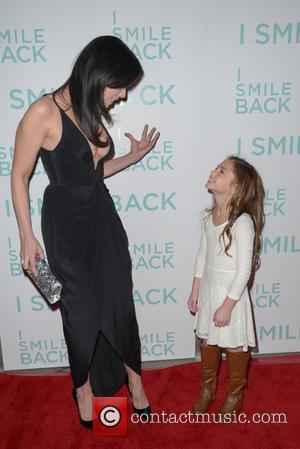 In an episode for The Sarah Silverman Program, which ran from 2007 to 2010, the Wreck-It Ralph star dressed up as a black woman, opposite Alex Desert as a Jewish man, for a segment, in which they jokingly tried to figure out which culture suffered more at the hands of racists.

Silverman felt the sketch was appropriate at the time, but she has since realised she was wrong.

"I had an episode on The Sarah Silverman Program that I love called Face Wars, where me and the waiter in the restaurant, played by Alex Desert, switch," Silverman tells Watch What Happens Live host Andy Cohen. "I say it's harder to be Jewish and he says it's harder to be black, and we switch for the day."

"It's really aggressively stupid and we're both idiots," she continues. "I'm in, like, the most racist blackface and he's wearing pais and a yarmulke and a big fake Jewish nose and he's wearing a T-shirt that says, 'I Love Money'. It's great, but there's a still of me on Twitter in blackface and it's totally out of context and I tweeted it when Twitter was new and the people who followed me watched that show and it was from that show. Now it's forever there and... it's totally racist out of context and I regret that."