Sarah Silverman Hopes To Return To 'Masters Of Sex' Next Season

Sarah Silverman has guest starred in two episodes of 'Masters of Sex' and hopes to return to complete the storyline in the next season.

Sarah Silverman will return to Masters of Sex next season, or so she hopes. Silverman attended the Primetime Emmy Awards 2014 on Monday evening (25th August) and discussed the possibility of reprising her role on Masters. 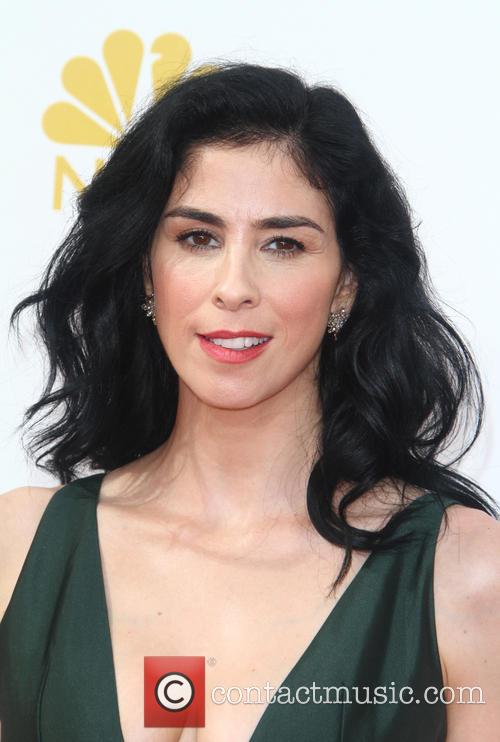 Sarah Silverman at the Primetime Emmy Awards on Monday.

The Saturday Night Live alumni looked beautiful at the event in a floor length dark green Marni dress with a plunging v-neck line and embellished waist belt. Silverman made sure everyone took a good look at her breasts too, by openly discussing them with reporters. She reportedly said, as she check out her cleavage, "This is the higher one, there we go."Listen, they're the lowest they've ever been and the highest they're ever going to be - Maya Angelou... No, I just made it up."

The second season of the Showtime series is currently being aired in both the US and the UK and Silverman has appeared in two episodes of the critically acclaimed show. Silverman guest starred as Helen, Betty's ex-girlfriend, and she's hoping to be back next season to finish up the storyline. Speaking to E!, Silverman said "I'll be back next season to finish the story up-if I'm allowed." 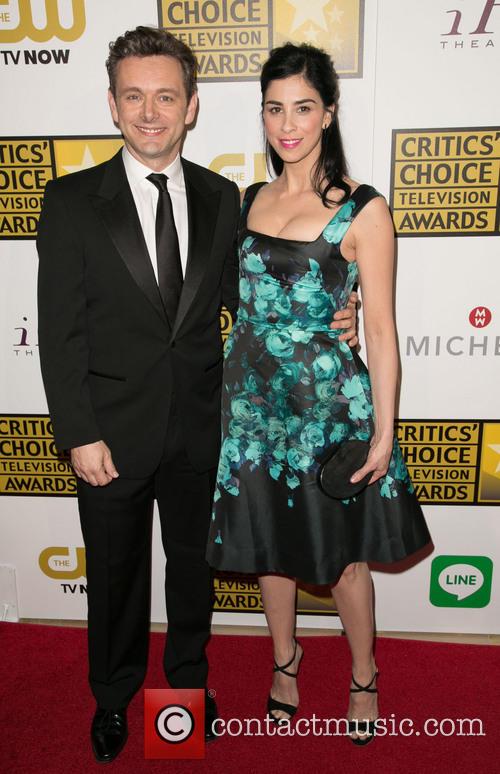 Michael Sheen and Sarah Silverman have been dating since February.

She also joked about her relationship with the show's star Welsh actor Michael Sheen who plays William Masters. The couple have been dating since February of this year after meeting at Sheen's 45th birthday in West Hollywood. Silverman claimed she'd wangled the role on Masters of Sex by using her connections with Sheen. The School of Rock actress joked "I'm [bleeping] the star of the show," before quickly adding "No, I got my job from auditioning."

The 43-year-old comedian and actress caused something of a stir whilst attending the Primetime Emmy Awards as she told the gathered press she had a vaporizer pen filled with "liquid pot". Silverman explained, "I had pot for later in my purse. It's legal and I don't drink. I like to have a puff as a treat at appropriate times."

Silverman certainly earned a "treat" as she received the Emmy award for Writing for a Variety Special for her HBO special Sarah Silverman: We Are Miracles.

Read More: All The Celebrities That Seth Rogen Has Smoked Weed With. 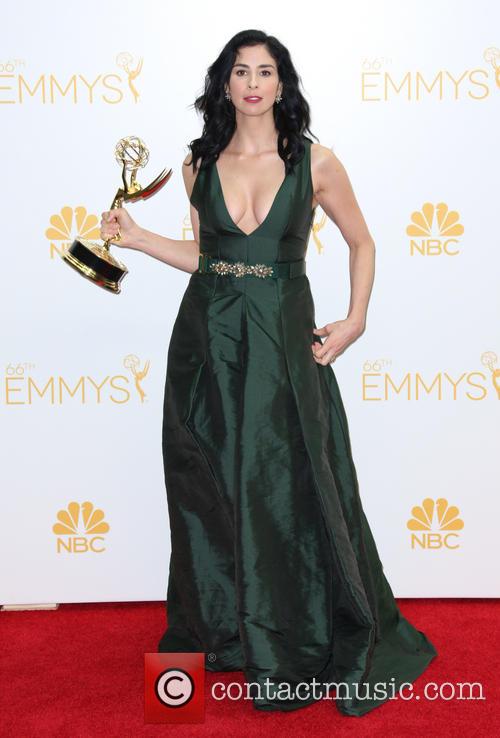 Sarah Silverman with her Emmy award for Writing for a Variety Special.