Sarah Silverman Does Not Want To Get Engaged To Boyfriend Michael Sheen: "I Will Never Get Married"

The Emmy-winning comedienne took to Twitter to shoot down reports that claim she and Sheen will soon become engaged.

Despite recent media reports, Sarah Silverman has no desire to become engaged to her Welsh actor boyfriend Michael Sheen, according to the comedienne, who adamantly states that she "will never get married." 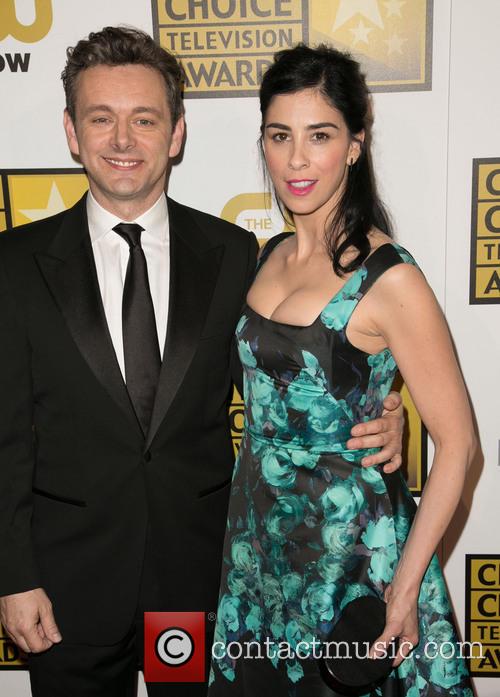 Silverman was forced to address a recent Star magazine story, titled 'Sarah Wants A Ring,' which claimed she had been suggesting to Sheen that she is ready for marriage by leaving "pictures of engagement rings all over the place."

On Sunday (Sept 21st), the Emmy-winnng comedienne quickly took to Twitter to set the record straight on these false romance tabloid stories.

Why would I want the govt involved in my love life? Ew. It's barbaric.

"Just read that I wanna get married which is hilarious b/c I will never get married," Silverman tweeted. "Why would I want the govt involved in my love life? Ew. It's barbaric. That s--t never bothers me b/c who cares but I feel like this one is bigoted. The Jew girl MUST want a RING! Yich."

More: Sarah Silverman Hopes To Return To 'Masters Of Sex' Next Season

The 'Masters of Sex' actor, who began dating the 43 year-old star shortly after they met at his 45th birthday party in West Hollywood, has yet to comment on the false accusations.

Silverman has voiced her disapproval of marriage before, in an interview with Playboy in 2010 she said, "It's just not for me. I'm a vegetarian, but I don't have a problem if you want a hamburger. Marriage, to me, is like eating meat. I think it's gross and f--king crazy. It's this superbarbaric, old-timey tradition that no one remembers we don't have to do anymore."

Sheen was previously married to British actress Kate Beckinsale for eight years before parting ways in 2003, they share a daughter together. Silverman was in a 5-year relationship with talk show shot Jimmy Kimmel until they split in 2009.