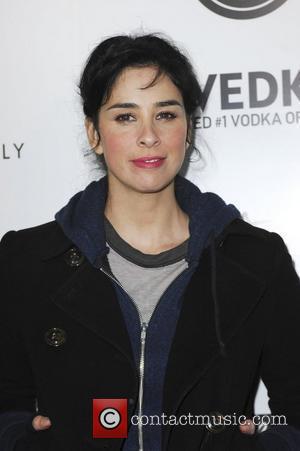 Comedienne Sarah Silverman is getting serious about the sick elephants she's hoping to set free from a touring circus.
The School of Rock star has sent a letter on animal rights group Peta's behalf to the U.S. Department of Agriculture (Usda) calling on the government to remove four ailing elephants from the Ringling Bros. and Barnum & Bailey Circus.
In the letter, Silverman explains that recent veterinary evidence suggests the elephants are being forced to perform gruelling tricks despite suffering from lameness and, in two cases, arthritis.
She writes, "Peta first reported this evidence to the U.S. Department of Agriculture more than nine months ago and has been told that the case is being investigated. But these suffering elephants remain on the road with the circus, where they are chained on hard surfaces for many hours and even days at a time and have been forced hundreds of times to perform tricks that aggravate their condition.
"Won't you please enforce the Animal Welfare Act and immediately remove these lame and arthritic elephants from Ringling before they are forced to suffer further?"