Sarah Silverman and Michael Sheen like ''none of the same things'' and she can't understand his fascination with magic. 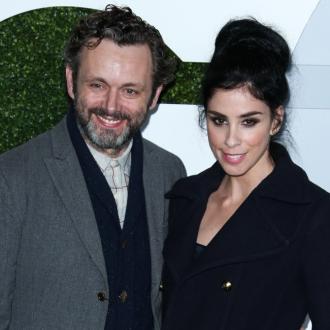 Sarah Silverman and Michael Sheen like ''none of the same things''.

The 44-year-old comedian has been dating the 'Masters of Sex' star for over a year but can't understand his passion for magic and pirates.

She said: ''We like almost none of the same things.

''I mean we're like-minded in I think the most important ways, but he like loves magic and loves going to pirate adventure.

''He likes going to pirate adventure and things like that that I would rather be home and watching 'Law and Order'.

''I just feel like if you think that magicians are really magic you should maybe not be able to vote.''

While the couple are happy together, they have no plans to marry because Sarah thinks the institution is ''elitist'' because same-sex couples can't legally marry everywhere.

She told talk show host Ellen Degeneres: ''Who would? That said I love when my friends get married and I'm so happy for them. But I just don't understand the instinct to want to join a club that is elitist. I mean it's like joining a country club that doesn't allow Jews or black people. What's the difference?

''And besides that I don't know that I would want to get the government involved in my love. Personally.''