The comedian and actress suffered from "epiglottitis", a rare throat condition that blocks the flow of air to the lungs, and spent most of last week in hospital in L.A.

American comedian Sarah Silverman has revealed that she came close to death after falling ill with a “freak” health condition affecting her throat, which led her to spend five days in the ICU last week.

The 45 year old actress and TV star, a ‘Saturday Night Live’ alum and the star of her own Comedy Central show from 2007 to 2010, shared with her fans in a Facebook post that she’s “lucky to be alive” after being hospitalised with a case of epiglottitis, a swelling that affects the cartilage that covers the windpipe, blocking the flow of air into the lungs. 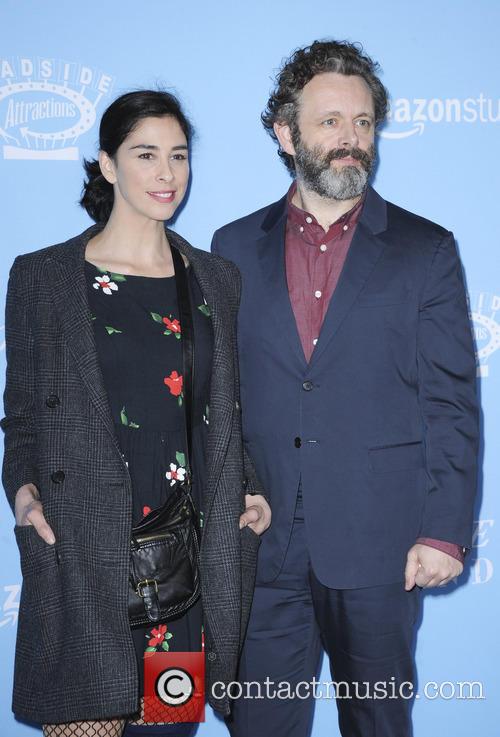 Sarah Silverman with her boyfriend Michael Sheen in 2016

“I was in the ICU all of last week and I am insanely lucky to be alive,” she revealed in her post. “Don’t even know why I went to the doctor, it was just a sore throat. But I had a freak case of epiglottitis.”

She was taken to Cedar-Sinai hospital in Los Angeles and was heavily medicated for five days, during which time she can’t remember anything that happened.

“They couldn't put me fully to sleep for the recovery process because my blood pressure's too low. I was drugged just enough to not feel the pain and have no idea what was happening or where I was. They had to have my hands restrained to keep me from pulling out my breathing tube. My friend Stephanie said I kept writing, ‘Was I in an accident?’”

She took the time to profusely thank the staff who cared for her as she recovered, as well as praising her boyfriend, actor Michael Sheen, and her friends.

“I thanked everyone at the ICU for my life, went home, and then slowly as the opiates faded away, remembered the trauma of the surgery & spent the first two days home kind of free-falling from the meds / lack of meds and the paralyzing realization that nothing matters,” she continued.

“Luckily that was followed by the motivating revelation that nothing matters. I'm so moved by my real-life hero, Michael, and amazing Sissies (blood & otherwise) & friendos, who all coordinated so that there wasn't a moment I was alone. It makes me cry. Which hurts my throat. So stop.”

More: Sarah Silverman talks about the possibility of children in the future [archive]