Actress Sarah Michelle Gellar Has Become The Latest Celebrity To Launch Her Own Lifestyle Brand With Baking Line Foodstirs. 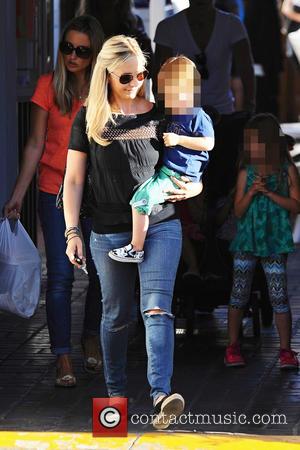 The Buffy the Vampire Slayer star, who portrayed a chef in 1999 film Simply Irresistible, has created three different mixes to help fans whip up batches of brownies, cupcakes and cookies, complete with decorative frosting kits which are all free of artificial preservatives, flavours and colours.

The mother of two reveals she and her company co-founder Galit Laibow came up with the idea for the all-natural baking product line during a playdate for their young daughters.

She tells People.com, "We went to the supermarket to get a mix and were really surprised that there was no better-for-you baking option. I thought baking included butter, sugar and water and I couldn't even pronounce half the ingredients in these mixes. So, we did some research and made our own from scratch."

The actress and her partners, including pal Gia Russo, also set about putting together food crafting kits to help busy mums, like themselves, recreate sweet treats found on websites like Pinterest.

Gellar adds, "Our whole idea is to bridge the gap between inspiration and execution."

If the company takes off, the star hopes to one day land her own line of kitchen tools for children and open "DIY crafting stores".

In the meantime, Gellar is channelling her love of food decoration into a new book, described as "a comprehensive, fun and inspiring guide to the art of food crafting from concept to execution", which is expected to be released in 2017.

Gellar follows in the footsteps of celebrities like Gwyneth Paltrow, Jessica Alba, Reese Witherspoon and Blake Lively, who have all entered the lifestyle industry in recent years.