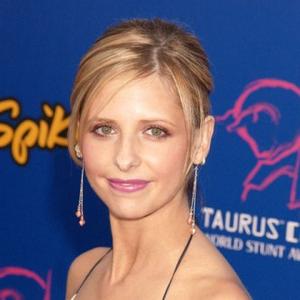 The 'Buffy The Vampire Slayer' actress - who is married to Freddie Prinze Jr - will play Bridget, an identical twin whose wealthy sister Siobhan has mysteriously gone missing.

However, when Bridget witnesses a brutal murder she decides to assume the life of her sister - who she hasn't seen in years - in the hope of staying out of the crime.

But as more secrets unravel about Siobhan as the show - also starring 'Fantastic Four' actor Ioan Gruffudd - goes on, Bridget comes to realise that she could be in even more danger imitating her unknown sibling.

This is the first television project Sarah has been attached to since giving birth to her first daughter, Charlotte Grace, in September 2009.

Following her rise to fame playing the titular character in 'Buffy the Vampire Slayer', the 34-year-old actress appeared in a string of box office hits, including 'Cruel Intentions', 'Scooby Doo' and classic horror movie 'The Grudge'.