Finally, the sequel we deserve.

Sarah Michelle Gellar has finally been confirmed to star in the pilot of the upcoming series of 'Cruel Intentions', reprising her role from the original movie. Plus, she's also being tipped as a cast regular if the show continues, and we are very sure it will. 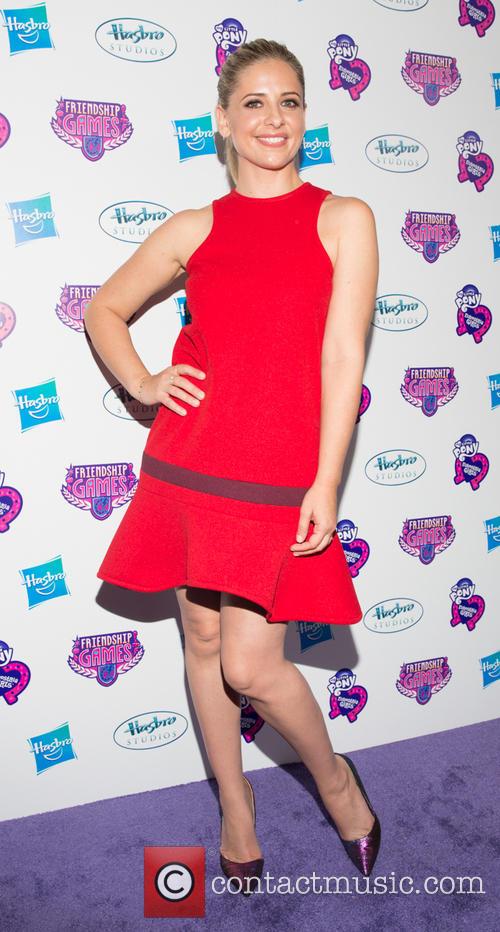 We have to confess, when we saw her name in the headlines we hoped that it would be a new series of 'Buffy The Vampire Slayer' or something. Alas, no. But it's the next best thing. Disappointed as we were in the shambles that were 'Cruel Intentions 2' and 'Cruel Intentions 3', the idea of NBC picking up the movie for a full series was not especially inviting. But now that it's confirmed that Gellar will be reprising her role from the original movie, we couldn't be more excited.

Armed with her spoilt little rich girl character Kathryn Merteuil, she epitomised the Mean Girl; manipulating the innocent daughter of her prep school headmaster just to take revenge on an ex-boyfriend with the help of her shallow and promiscuous stepbrother Sebastian. Of course, those who have seen the 1999 movie will know that Kathryn got a damn good taste of her own medicine when Sebastian changed his ways and revealed all of Kathryn's evil secrets in his journal which was conveniently leaked to the whole school by her victims after his untimely death.

More: The cast of 'Cruel Intentions' re-unite at stage production

The best thing about this movie is that it truly reflects the drama of trivial affairs in the eyes of a teenager, but then of course transforms into something far from trivial. It's that kind of gripping teenage magic that made 'Gossip Girl' and 'Pretty Little Liars' so popular. But after Kathryn's humiliating defeat, what will have become of her 15 years later?

What we do know is that she most certainly has not learnt the error of her ways. She's as conniving as ever with her eyes on the prize - which this time is the family empire Valmont International and, according to reports, 'the soul' of her deceased stepbrother's son Bash Casey who will be played by Taylor John Smith (an up and coming actor who recently appeared in the ABC drama 'American Crime') whose mother happens to be Sebastian's girlfriend from school Annette - though her role will not be reprised by Reese Witherspoon. Far from the place which saw her fall from grace, Kathryn is now married to a rich businessman named Pascal Barrett and is once again involved in the lives of the privately educated youth of the nation.

The pilot will be directed by the film's director and writer Roger Kumble, who's done a lot of television work since his 90s breakthrough, notably 'Pretty Little Liars' and 'Suits'. Sarah Michelle Gellar took to Instagram to share her involvement with him and executive producer Neal Moritz. 'That's right, "everybody loves me, and I intend to keep it that way" Kathryn Merteuil is back! I am happy to say that I will be joining them (and NBC) on the new Cruel Intentions', she said.

#throwbackthursday (a bit early in Los Angeles) this picture was taken on the eve of production on the original #cruelintentions. Its me #rogerkumble (director) and #nealmoritz (exec producer) and the other is a picture of us now on the eve of production on the new #cruelintentions. That's right "everybody loves me, and I intend to keep it that way" #kathrynmerteuil is back!!! I am happy to say that I will be joining them (and @nbctv ) on the new #Crueltv