Ringer Fans Launch Petition To Save The Show 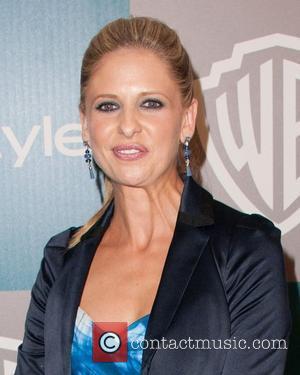 Fans of Sarah Michelle Gellar's TV show Ringer have launched a campaign to save the show as network bosses contemplate axing the popular drama.
The Buffy The Vampire Slayer star made her small screen return playing twins in the series opposite Welsh actor Ioan Gruffudd after taking a break to embrace motherhood.
The show gathered a slew of awards nominations including a People's Choice nod and a win at the Critics' Choice Television Awards, and picked up a legion of loyal fans, but TV bosses at America's CW network are considering scrapping plans for a second season.
Devotees are now fighting back by launching an online campaign to persuade CW chiefs to bring Gellar's programme back.
A protest posted on Petitionbuzz.com has already gained more than 8,000 signatures and includes fans from countries including Italy, France, Australia, Canada and Britain.
A statement posted by petition organisers reads, "We want the CW to grant Ringer a second season. It is your 5th best-selling series on Itunes and has a lot of international fans due to the show's bigger international sales than most of your other shows... It has over 305,000 and growing followers on (entertainment social network) GetGlue. We will support Ringer..."