Filmmakers Are Paying Tribute To Late Midnight Rider Camera Assistant Sarah Jones With A Documentary About Her Life. 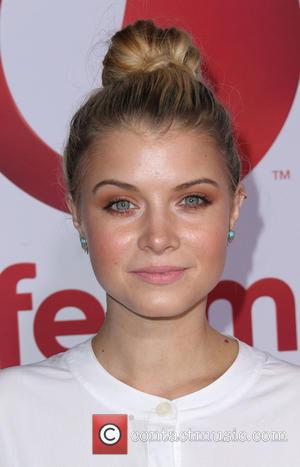 The 27 year old was hit by a train while shooting footage on railroad tracks on the Georgia set of the Allman Brothers biopic last year (14), and her death sparked not only a criminal investigation and lawsuit against producers, but also a movement amongst film and TV crew members calling for better set safety.

Now filmmakers Eric Smith and Christopher Crescitelli have announced plans to develop a movie called We Are Sarah Jones, focusing on her life, death, and the impact of safety in Hollywood.

The film has garnered the support of Jones' parents Elizabeth and Richard Jones, and Smith tells Deadline.com that despite the tragedy, the story needs to be told to prevent it from happening again.

He explains, "I feel as though there has been a number of safety instances over the years that the industry needs to focus on, and Sarah's death galvanized the industry in focusing on this issue.

"We want to keep Sarah's memory alive and show the film industry that her death was not in vain and there are many people focused on keeping the topic of set safety in the forefront."

Smith and Crescitelli are planning to launch a crowdfunding campaign to help offset costs of production, and promise that 100 per cent of proceeds from the film will go to support the Sarah Jones Film Foundation.