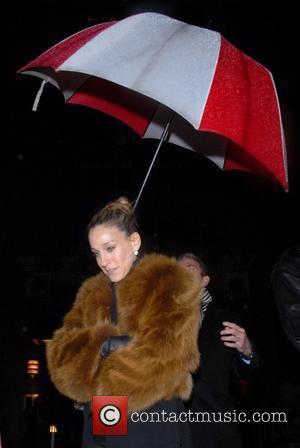 Sarah Jessica Parker has denied claims that she and her Sex And The City co-stars fell out while making their hit TV series.

Speaking on BBC1's Friday Night with Jonathan Ross, the actress put paid to rumours that she and fellow stars Kim Cattrall, Cynthia Nixon and Kristin Davis were off-screen enemies, saying: "I love these women."

A movie version of the much-loved HBO series hits UK screens on May 28th - four years after the show ended with Parker's character Carrie Bradshaw seemingly happy in the arms of Mr Big (Chris Noth).
Plans for a film based on Darren Starr's show were mooted soon after its conclusion only for tabloid reports of cast in-fighting and allegedly problematic pay demands from Cattrall to leave the project apparently dormant.

However, Parker has denied the gossip and added: "I wouldn't have wanted to do it with anyone else."

She continued: "We are family, there would be no reason to do it otherwise... I'm so proud of the work the other ladies have done, I think they're marvellous."

The 43-year-old style icon, married to Ferris Bueller's Day Off star Matthew Broderick, told Ross that the film took so long to reach the screen due to development problems, rather than issues between cast members.

"There was no script, there was an idea," she revealed on last night's show.

"When it didn't happen we all went on... Two years ago I had this instinct we should revisit the idea. Our audience grew after we went off-air so the audience created the opportunity."