Sarah Jessica Parker has ruled out returning to 'Glee' in the future following her recent guest stint. 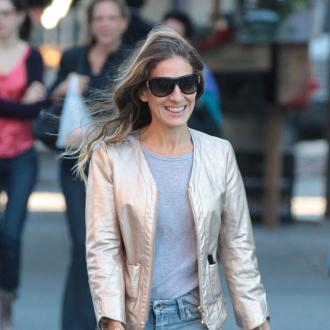 The 'Sex and the City' actress enjoyed her brief stint in the musical drama series as Isabelle Kempt, the ''frazzled and eccentric'' editor of Vogue.com, but she has no plans to reprise the role in future seasons.

Asked if she will return next year, she told E! News: ''No, no, no. It's a little arc which has been really fun and a delight to be a part of. I loved working with [executive producers] Ryan Murphy and Dante DiLoreto and the cast has been very sweet, but it's just a tiny little dessert for me.''

Before the actress was seen on the show, co-creator and executive producer Ian Brennan promised she would be a hit with fans.

He said: ''Sarah Jessica Parker is gonna be running Vogue.com.

''That's sort of where we encounter this character, who's sort of frazzled, eccentric, hilarious. It's gonna be good.''

Sarah Jessica's character acted as a mentor to Kurt Hummel (Chris Colfer) when he landed an internship with her, and as the pair grew close, she confessed she was worried she didn't deserve her job and would fail.