Sarah Jessica Parker offered to work for free in exchange to be released from her 'Sex and the City' contract because she didn't want to be committed to a series. 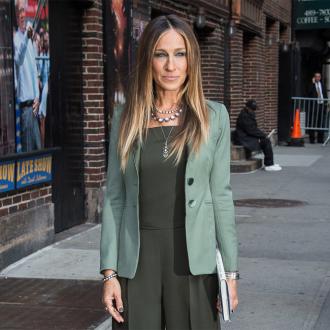 Sarah Jessica Parker offered to work for free in exchange for being released from her 'Sex and the City' contract.

The 50-year-old actress became a household name as Carrie Bradshaw in the iconic TV series, but she was ''reluctant'' to commit to the show after shooting the pilot episode because she didn't want to be ''tied down'' to one project.

Seth Rudetsky, who recently starred with the actress and her husband Matthew Broderick in a play in Massachusetts, revealed:

''[Sarah Jessica] was reluctant to do the pilot because she didn't really want to do a series.

''However, she loved the script, so she filmed it and then forgot about it. Months later she found out the show was picked up and she completely wanted to get out of it. I mean, completely.

''She really didn't want to be tied down to one job because she loved going from gig to gig and being, what she called, a 'journeyman.'

''She tried various ways to get out of it including telling HBO that she would film three projects for free if they'd release her from her contract!''

However, following the success of the show and its subsequent spin-off movies, the actress has no regrets about taking part.

Seth concluded in a column for Playbill.com: ''Basically, they convinced her to honour her deal, and she now has no regrets. She loved playing Carrie Bradshaw.''

And Seth also revealed a third 'SATC' film may be in the works.

He said: ''She told us that there may be a project coming up involving all the ladies.