Sarah Jessica Parker says her new SJP shoe line is ''so exciting'' and reveals that she approached Manolo Blahnik CEO George Malkemus with the idea. 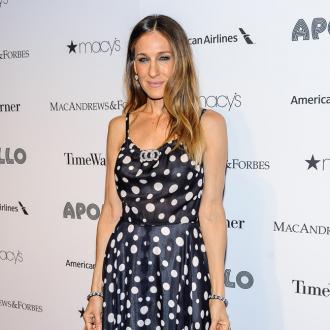 The 'Sex and the City' actress has teamed up with George Malkemus, the CEO of Manolo Blahnik - the luxury shoe brand her iconic Carrie Bradshaw character was known for loving - for the new SJP shoe range, and Sarah is thoroughly enjoying the creative process of designing her own footwear.

She gushed to Harper's Bazaar magazine: ''The shoe business is so exciting because we don't have to think of black and brown as the only neutrals anymore.''

The actress' colourful shoe line will feature bold colours like navy and mocha, feminine shapes and low cut heels, according to the magazine.

Sarah, 48, also revealed that she was the one who approached George with the idea of launching her own shoe line after fielding offers from major designers for fashion collaborations.

George added: ''She has a fan base in the fashion world that's extraordinary, and it's truly because she's such a nice person. Were it anyone but Sarah Jessica, I wouldn't have done it.''

The actress previously had her own clothing range, Bitten, and worked for free as creative director of Halston, but says the experience didn't go smoothly.

She explained: ''We've all worked with complicated people and I always think that I can disarm them. I love collaborating. I'm a great listener and learner, and I don't think I know more than they do. I'm transparent.''