Sarah Jessica Parker: 'Sex And The City Made Girls Possible' 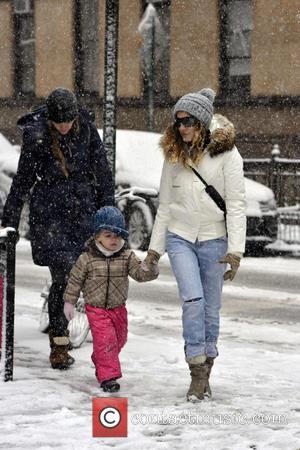 Sarah Jessica Parker is convinced her hit Tv show Sex And The City paved the way for Girls, insisting Lena Dunham's series would not have been possible without its glossy predecessor.

The actress, who starred in six seasons and two spin-off movies of the hit female-focused show, is a big fan of the gritty New York City-set drama, and she is convinced her work as a producer behind the scenes has helped emerging female writers and directors like Dunham.

She tells Net-A-Porter magazine, "(U.S. network) HBO was very encouraging of the beyond-camera role I played, and I feel that had we not done it, I don't know that would have existed for Girls. It's such a different way of thinking and it's not conventional. I also think that (Dunham) came along understanding her voice and with the support of a producing partner (Judd Apatow) experienced enough to say she is capable of this, that she needs to be in charge of the story as it's her voice. I do feel Sex and the City's success made that possible, and it would have been different otherwise."