Sarah Jessica Parker was once gifted a treadmill by a producer on her movie 'Honeymoon in Vegas' so she could keep trim for the role. 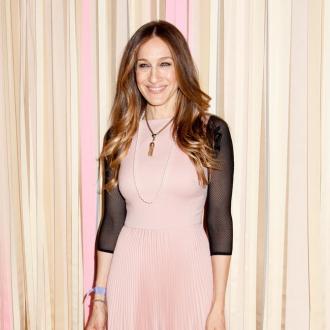 Sarah Jessica Parker was sent a treadmill by a producer.

The 'Sex in the City' star was given the exercising equipment by the production staff working on 'Honeymoon In Vegas' to ensure she stayed trim.

She said: ''I was about to do 'Honeymoon In Vegas' and before that I was off to do another movie in Iowa.

The 50-year-old star admits she followed his orders and would get up each morning and go running whilst listening to her favourite track, 'Everybody Dance Now'.

Speaking to Sirius FM, she added: ''I would very diligently go out every single day and run like a lunatic to this song. And then when I went to Iowa, on the treadmill, I would continue to run to the song. And then we went to Vegas and I had a treadmill also in my room and I would get up every morning and run.''

Meanwhile, Sarah reportedly considers running after her kids - Marion and Tabitha, six, and James, 12, who she has with husband Matthew Broderick - as the best way of keeping fit.

A source said: ''Sarah loves being hands-on with the kids - she doesn't have a live-in nanny so does a lot of the running around after Tabitha and Marion. She says it's the best way to stay fit!''