Sarah Jessica Parker has insisted she prefers to buy timeless clothes she can wear over and over, rather than ''trends''. 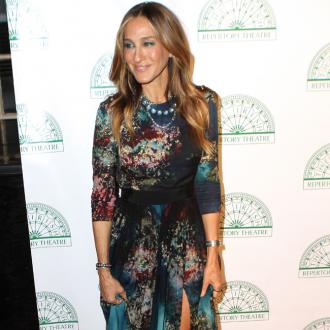 The 50-year-old style icon has insisted she's become less influenced by ''trends'' as she's got older, and prefers to buy timeless staple items for her wardrobe, to wear over and over again.

Sarah said: ''I tend to wear things and buy things that are for life now. I'm less inclined to be hypnotized by a trend or a 'moment,' but I think that's a really important part in young women's lives: to experience and dabble and sort of flirt with all those things because it sorts out who you are.''

The 'Sex & The City' actress went on to confess she thinks part of the reason her style has changed over the years has been because she doesn't want to embarrass her son James, 12, or six-year-old twin daughters Marion and Tabitha - who she parents with her husband Matthew Broderick.

Speaking to Fashionista.com, Sarah said: ''I think it's certain my style has changed. I think, first of all, your point of view changes. And probably, if you look back at choices you made five years ago, you wouldn't necessarily regret anything -- you might go, 'I don't know if I would wear that dress today,' but you were probably really happy wearing it at the time.

''I have daughters. Is that part of my decision making? Probably not that consciously, but I would probably not go pick [them] up in something that I used to wear, just because it's not right for me.''