Sarah Jessica Parker performed a duet with her nine-year-old son James as a 50th birthday present to husband Matthew Broderick. 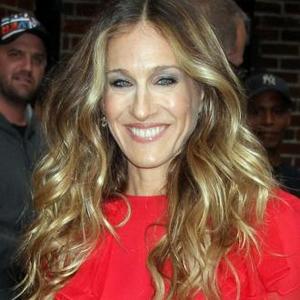 Sarah Jessica Parker performed a duet with her son as a 50th birthday present to husband Matthew Broderick.

The 'Sex And The City' star - who has son James Wilkie, nine, and twin daughters Tabitha and Marion, two, with the actor - organised a surprise party on Sunday (18.03.12) at New York's River Cafe venue.

However, the highlight of the evening was when the actress and son James took to the stage to perform a rendition of The Beatles classic 'Here Comes The Sun' as a gift for Matthew.

An insider told the New York Post newspaper: ''He's a little Broadway star in the making!''

Among those in attendance at the star-studded bash were actors Victor Garber and Brooks Ashmanskas, '30 Rock' executive producer Marci Klein and 'Smash' composers Scott Wittman and Marc Shaiman.

However, despite James' performing skills, Matthew recently admitted his twin daughters were ''more self-sufficient'' because they cannot always both get attention at the same time.

He said: ''It's kind of sad with twins; they learn to, like, lie on the pillow because you can't always hold them both. They're more self-sufficient. They learn to take care of themselves.

''They are really very attached to each other. They're really cute.''