Carrie Bradshaw is seemingly not up for hearing another of Forest Gump’s famous stories.

Sarah Jessica Parker has become the star of the internet’s new favourite video, after a hilarious Vine of the actress giving Tom Hanks some serious side-eye was published online. The clip was filmed as Parker sat behind Hanks at a New York Rangers game on Tuesday evening and was seemingly less than impressed by the actor’s skills as a raconteur. 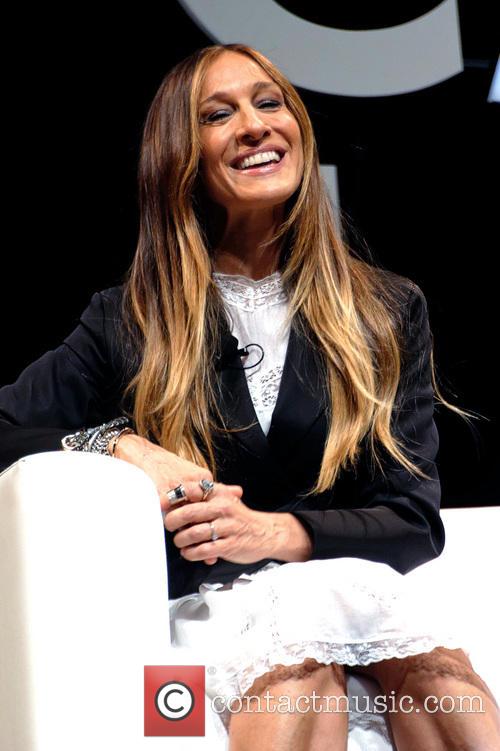 Sarah was watching the game with her eldest son James and was pictured throughout the night enjoying herself and getting engrossed in the action at Madison Square Garden. The actress had also been previously spotted talking to Oscar winner Hanks, who was their with his son 24 year old son Chet.

In the Vine, posted by user Pete Blackburn, SJP is seen grimacing as Hanks talks to Chet in a spirited fashion. Blackburn titled the video, which has since been shared a few thousand times, 'Sarah Jessica Parker just b****slapped Tom Hanks so hard’.

Before the game began Parker was clearly looking forward to evening, posting a picture on her Instagram page with the caption, ‘Let the games begin. RANGERS!’ The actress did not appear to be out with husband Matthew Broderick for the evening and the couple’s twin daughters Martion and Tabitha were also no where to be seen.

Though it’s hard to believe, today (March 25th) Parker is celebrating her 50th birthday. The actress, who is best known for her role as Carrie Bradshaw in ‘Sex and the City’, has already been inundated with messages from fans on her Instagram account wishing her a Happy Birthday, though Parker herself is yet to acknowledge the landmark occasion.