Parker Unsure About Sex And The City Marriage 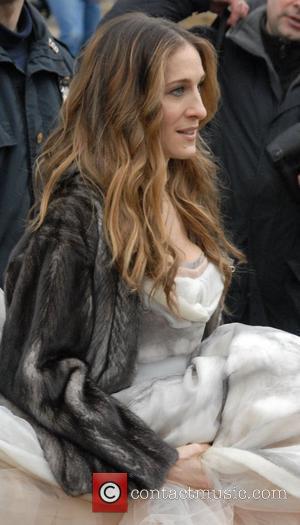 Sarah Jessica Parker has let it slip that the new Sex And The City movie might not be for real - literally.
The actress, who plays New York socialite and writer Carrie Bradshaw in the much-anticipated film adaptation of the hit TV series, admits fans of the show might be in for a shock when the truth is revealed.
Refusing to be drawn into talking about a rumoured death in the new film, which opens on Friday (30May08), Parker says, "I'm so reluctant to answer that... I am fairly certain there is no death."
But she turned cryptic when asked if her character's marriage,which is alluded to in trailers for the movie, really does take place.
Speaking to Los Angeles DJ Ryan Seacrest, Parker said, "It's very unclear if that's a dream sequence... It looks as if Carrie might be but it's not clear to me, even still, if that was a dream sequence or not.
"I'm trying to be clever and stealth about not giving too much away."