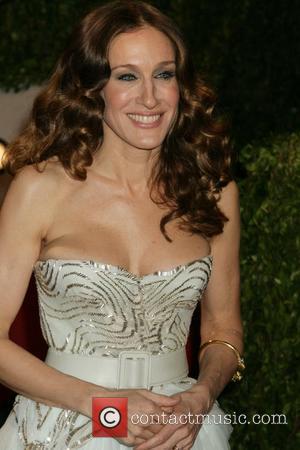 Sarah Jessica Parker regrets wearing a black wedding gown for her marriage to actor husband Matthew Broderick - and is still embarrassed by the fashion blunder 12 years later.
Parker broke with tradition and banned herself from wearing white for the couple's 1997 nuptials - but looking back, she's upset with her daring decision.
She tells America's Harper's Bazaar magazine, "(I would) white it up. I'd wear a beautiful, proper wedding dress, like I should have worn on that day."
And the Sex and the City actress is making sure the couple's six-year-old son, James Wilkie, learns that a black wedding dress is not appropriate attire.
Parker adds, "James Wilkie's teacher is getting married, and he said, 'Do you think she will be wearing black?' I said, 'No! I can almost assure you.' Then he said, 'Do you still regret it?' and I said, 'Yes, I still regret it.'"