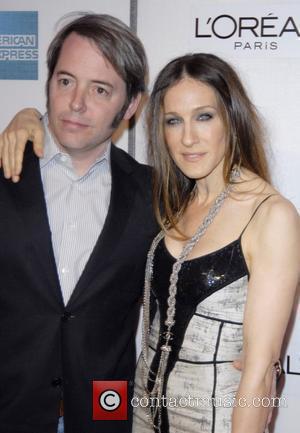 Sarah Jessica Parker hid her shyness from Sex And The City bosses - because she thought it would cost her the role of CARRIE BRADSHAW.
The actress rose to fame as cocktail-drinking party girl and New York newspaper columnist Bradshaw in the hit U.S. series.
She felt uncomfortable swearing in the role and was left shocked with the amount of explicit content included in the show.
But she refused to let television bosses know she was so clean-cut, fearing they would think she was the wrong person for the part.
She says, "If the audiences had known my true feelings about some of the sexual content in Sex And The City, they may have felt I wasn't the right person to be in such a series. I just don't drink, that's part of the problem. I don't like the taste of it and I don't drink to relax.
"It has always been that way. I've never smoked anything other than the occasional cigarette in my whole life - and have never taken drugs of any kind."
And Parker, who had a no-nudity clause written into her contract for the show, also had to adjust to the amount of sex scenes in each episode.
She adds, "I was thrilled that the others did the scenes so well and they looked great. But I have to deal with my own modesty. I wasn't comfortable with the vulgar language, either. I thought that, because Carrie was a writer, she would be able to use better language than she did."