The 26 year old 'Modern Family' star has suffered online abuse over her appearance over the last year.

‘Modern Family’ star Sarah Hyland has opened up about her body, trying to set the record straight about recent rumours surrounding her fluctuating weight and appearance.

The 26 year old actress, who has played Haley Dunphy on the ABC sitcom for all eight of its series, posted a series of updates via her Twitter account on Wednesday (May 24th) explaining that she’s been dealing with a number of health issues over the last year that have meant she’s “not in control” over her weight.

“I haven’t had the greatest year. Maybe one day I’ll talk about it but for now, I’d like my privacy. I will say that this year has brought a lot of changes and with that, physical changes,” she wrote in a series of screenshots. 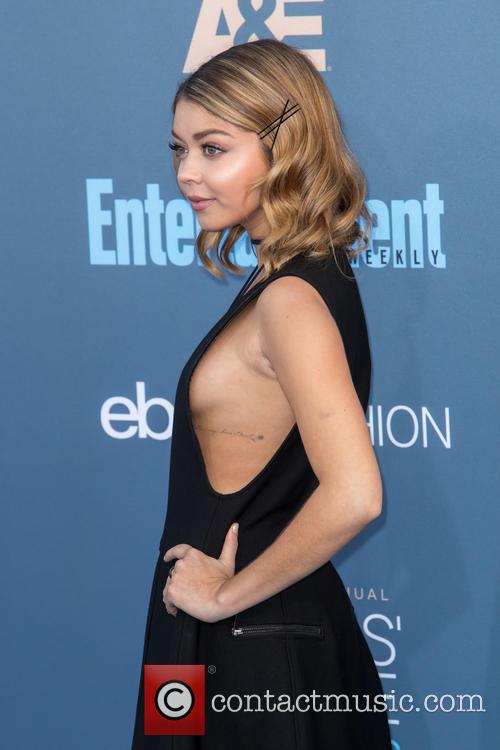 Back in 2012, Hyland spoke publicly about her battle with kidney dysplasia which required a kidney transplant. She doesn’t reveal in her messages whether her current health issues are related to that. Furthermore, she revealed that, because of her condition, doctors have told her that she can’t do physical exercise in order keep in control as she would normally like.

“I have been told that I can’t work out. Which, for me, is very upsetting,” she says. “I love to be STRONG. (I’ll be using that word a lot) Strength is everything. Being strong has gotten me where I am. Both mentally and physically. I am not a fan of ‘being skinny’.”

More: Ariel Winter recalls being body-shamed at age 11 when she began ‘Modern Family’

One result of this is that she’s been dealing with online bullying over her appearance, since her health issues forced her to cancel an appearance at the Screen Actors Guild awards back in January.

“’Eat a burger’, ‘your head is bigger than your body and that’s disgusting’,” she quotes some of the trolls as having said to her. “And you’re right!… No one’s head should be bigger than their body but considering I’ve basically been on bed rest for the past few months, I’ve lost a lot of muscle mass. My circumstances have put me in a place where I’m not in control of what my body looks like. So I strive to be as healthy as possible, as everyone should.”

“Oh and no that’s not photoshop. Those are my legs. Those are my arms. I write this because I’ve been accused of promoting anorexia in, ironically enough, an anti-bullying post. And I want young girls to know that that’s NOT my intention.”