British Royal Sarah Ferguson Has Quit Her Native U.k. And Moved To Switzerland. 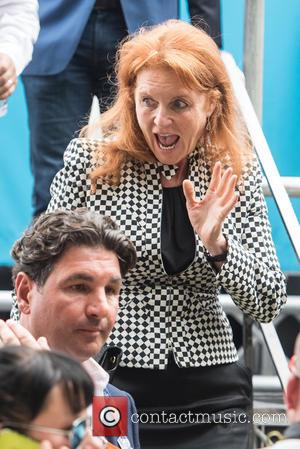 The Duchess of York has left the Royal Lodge in Windsor, England, the home she once shared with her ex-husband, Prince Andrew, and taken up residence at a chalet in the ski resort of Verbier.

A spokesman for the royal has confirmed the news, but revealed Ferguson has yet to officially move into her hew home because she has been too busy, saying, "It seems a logical move given that she is travelling so much and it really shows that she is becoming a more independent unit. Although her belongings are being taken out to Switzerland she hasn't moved in yet as she is travelling at the moment.

"But what is particularly nice for her is that not only is she moving her belongings from Royal Lodge but is also able to take a lot of her own furniture and things out of the storage, where they have been for many years. It is a really positive move and everyone is hugely supportive of it."

Ferguson and Prince Andrew divorced in 1996. They have two daughters, Princess Beatrice and Princess Eugenie.