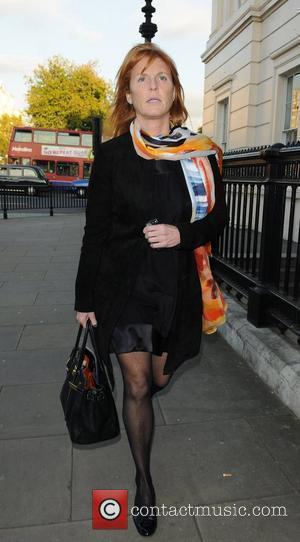 British royal Sarah Ferguson lost almost a million dollars when her lifestyle company collapsed - but insists rumours she is bankrupt are untrue.
The Duchess of York - ex-wife of Prince Andrew - ploughed her $960,000 (£600,000) life savings into U.S.-based Hartmoor and was left in danger of financial ruin when the firm folded after failing to attract major endorsement deals.
But Ferguson is adamant she has learned from the experience and is determined not to let the disaster get her down.
She tells Hello! magazine, "I'm not broke, I'm not going bankrupt, nor am I giving up... It's been a difficult and challenging time. I wasn't on the management team, I was an employee and an investor and, yes, of course I am very disappointed and upset about what happened... I am not and never will be a victim.
"I know I am the luckiest woman in the world. I've just been facing difficulties like so many other people. The good news is I don't want to be perfect. I'm just me and I'll never change. I always come out fighting."