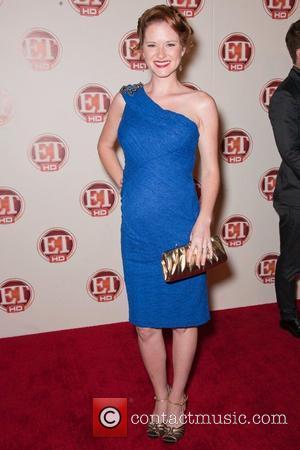 Pregnant actress Sarah Drew celebrated the impending arrival of her first child with a baby shower on Saturday (12Nov11).
The Grey's Anatomy star invited her closest family members and female friends, including co-stars Sandra Oh and Chandra Wilson, to the bash, which was held at her aunt's home in Los Angeles - and there were a few surprise guests at the party.
She tells People.com, "I felt so incredibly loved. I was surrounded by all of my favourite women and was just so cared for all day. I felt so grateful to have such an amazing community of friends and family. It was so special to have my mom fly out from N.Y.C. for the shower, and I had the wonderful surprise of my aunt and cousins flying in from San Francisco as well."
During the bash, Drew sang Forever Young by Bob Dylan - a song she has a personal connection to.
She explains, "I heard a version of it on (TV show) Sons of Anarchy right at the beginning of my pregnancy. I fell in love with it and couldn’t stop crying every time I listened to it. There are so many blessings in the lyrics of the song, and I just wanted to bless my baby with those words."
Drew, who is due to give birth in January (12), has decided against finding out the sex of her first child with husband Peter Lanfer. She adds, "There are so few surprises in life that are really worth looking forward to, and we decided this is one of them. We were excited to be surprised."
The actress is donating gifts received during the shower to the Baby2Baby organisation, which helps less privileged mums-to-be. 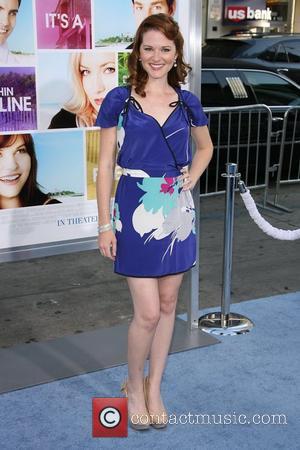