Saoirse Ronan is disappointed that she had to turn down a role in 'The Hobbit' because of her other career commitments. 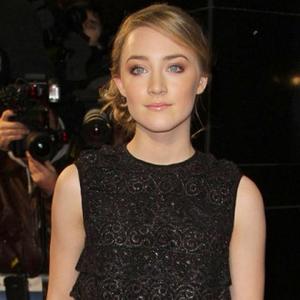 Saoirse Ronan is "really disappointed" she couldn't appear in 'The Hobbit'.

The 17-year-old actress initially jumped at the chance to work with director Peter Jackson - after previously starring in his adaptation of Alice Sebold's novel 'The Lovely Bones' - but eventually decided she has to concentrate on her Hollywood career rather than moving to New Zealand to be in the film.

She said: "I'm really disappointed that I couldn't do it. I really am. Any excuse for me to go back to New Zealand, and work with those people I'd take.

"But there are other projects as well that I've had to consider - and to do that for over a year, it wouldn't have left me time to do anything else."

Asked about her dream role, the young actress has previously said she would love to work with 'Pulp Fiction' director Quentin Tarantino, who is famed for his shocking films full of violence and bad language.

She said: "I haven't worked with him, but I'd love to. I've talked to people who have, and they all say he's made and that it's fantastic fun.

"There's always such an ensemble feeling in his films, too. In 'Kill Bill', for Example, of course Uma Thurman is the star but it really feels like a group effort."