Santigold's new single, Disparate Youth, will be released on April 9th, 2012 and is the lead single from her second studio album, Master of My Make Believe, which will be released through Atlantic Records on April 30th, 2012. Santigold will be playing SXSW Festival this year.

The video for Disparate Youth was directed and produced by Santigold and Sam Fleischner and sees the singer going on a journey of self-fulfilment. She travels to a small island, which appears to be run by children. After being shown to the hub of the island, she shows off a large ring, which produces some interesting results in the inhabitants.

In January 2012, Santigold - real name Santi White - released Big Mouth, an introductory song from Master of My Make Believe. The colourful, animated video has already got over half a million views on YouTube and drawn comparisons to M.I.A.

Her debut album was called Santogold - an eponymous release at the time. To avoid a lawsuit with the director Santo Victor, who produced the science fiction movie Santo Gold's Blood Circus, she changed her stage name from Santogold to Santigold. 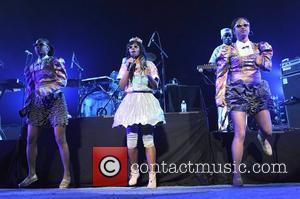 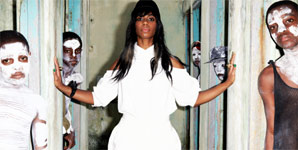 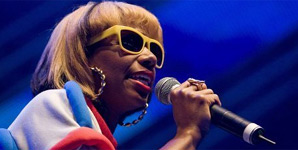 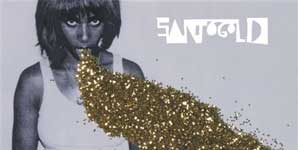