Can you say “obvious plot twist is obvious”? It probably wouldn’t be an exaggeration to say that when that adaptor story came up, everyone watching knew their beloved Christina was about to get taken out. Lo and behold, a bomb blew up at the mall.

Nope. Hold on, everyone. She’s at the hospital. She didn’t have time to go to the mall. It was a red herring. You clever writing team, you!

YEEEEEEEEEEEEEK! Lord Jesus!!!!!!!!!!! I am about to pass out. Don't you PLAY with my EMOTIONS like that, Shonda! #GreysFinale

As the hospital struggles to handle the influx of injured mall-goers, Mer and Der are about to sign a contract for a place in Foggy Bottom as they plan a move to D.C. You know, focusing on what really matters. No, of course they can’t go. But Christina is supportive anyway.

"I'm happy for you," she says, putting her arm around BFF Meredith. So Christina sticks around for a little while to finish up. About midway through Meredith sees Cristina scrubbing in for a heart transplant and tells her she has to go; her plane is in two hours.

"I have to finish something here. None of it feels finished," says Cristina. "Owen and I ... You and I are not finished. ... Nothing is finished. I am not finished."

"You don't feel finished because this isn't the end for you," says Meredith. "There is no finish line. There is no end point. You just have to go."

Wow, Dr. Grey. Way to dispense helpful life advice. After an emotional goodbye, there’s Christina, in the taxi, waving at Meredith as the car is driving her away to the airport. Cue commercial break – perfectly timed so viewers could top up their tissue supplies.

But as the show comes back, so does Christina. Wait, what? She grabs Meredith and says, "We're not finished. We have to dance it out. ... You're my person. I need you alive. You make me brave. Now we dance it out."

They start hopping around to Tegan and Sara's Where Does the Good Go.

Finally, there it is – Sandra Oh’s last ever scene on Gray. And oh, was it a good one: : Cristina, smiling, in her office in Switzerland, where the door reads Director of Cardiothoracic Surgery.

We hear her say, "Sometimes the future changes quickly and completely. And we're left only with the choice of what to do next. We can choose to be afraid of it, to stand there trembling, not moving, assuming the worst that can happen. Or we step forward into the unknown and assume it will be brilliant."

More: Isaiah Washington Returns To Grey's Anatomy With Controversial Past 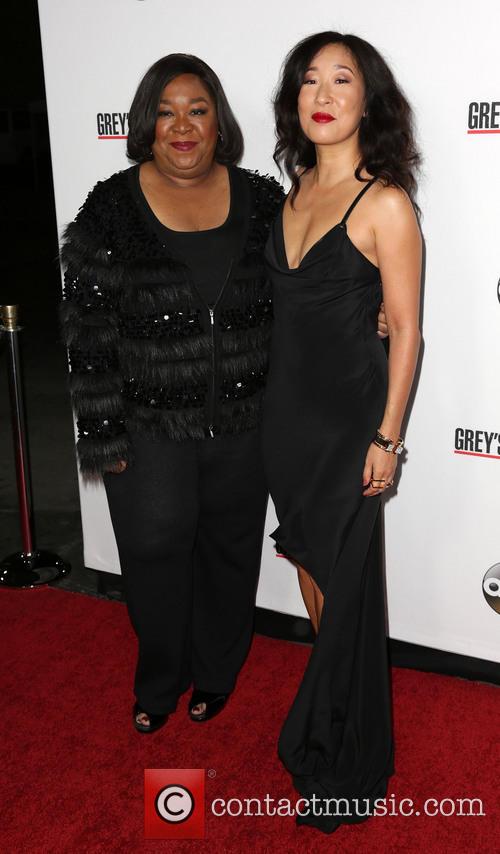