Sandra Bullock would like to have more children so her adopted son Louis has some siblings to play with. 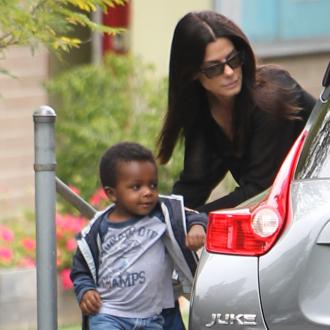 The 49-year-old actress - who split from husband Jesse James in 2010 - has three-year-old adopted son, Louis, and would be open to expanding their family if the tiny tot is happy to share his home with some siblings.

She told the Daily Mirror newspaper: ''If all of a sudden my house had eight kids in it, if it was OK with Louis and it felt like a good safe family, I would be fine with that. It would be because that is what my home is for. So it is up to him. He is the boss of the house so I have to abide by his rules.''

The brunette beauty thinks motherhood has made her more emotional and claims she gets ''weepy all the time''.

Quizzed on what has surprised her since becoming a mother, she said: ''Oh, how much of an emotional mess I become at anything. I thought I was the most hardened, jaded individual I knew, and now I can be brought to a mess within seconds. I just get weepy all the time. It is embarrassing. We will be talking with friends and they will be like, 'What's wrong?' And I'll be going, 'No, I'm happy!' ''