Sandra Bullock Convinced The Producers Of Her New Film To Change The Lead Character From Male To Female So She Could Tackle A Role Originally Meant For Her Longtime Pal George Clooney. 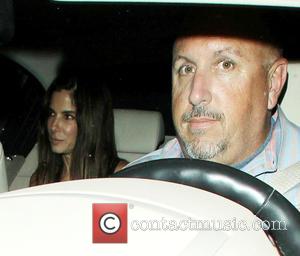 The actress stars in upcoming political film Our Brand is Crisis, playing a political consultant called Jane 'Calamity' Bodine, who comes out of retirement after being employed by a much-hated Bolivian president to help his re-election campaign.

In a new interview with Entertainment Weekly, Bullock reveals she wanted the job so badly, she asked movie executives to change the male Bodine character into a woman so she could fit the bill.

She explains, "Initially, it was written with George Clooney in mind. About two-and-a-half years ago I just put out the feelers saying, 'I'm not reading anything I'm excited about. Are there any male roles out there that they don't mind switching to a female role?'... You don't get to read roles like this (in Our Brand is Crisis) a lot. There's a lot of unforgivable things that she does, yet somehow you have to cheer for her."

The actress also serves as an executive producer on the film, along with Clooney and his producing partner Grant Heslov, according to Variety.com.