Sandra Bullock will skip the channel if she sees herself on television as she doesn't want her five-year-old son Louis to know she is an actress. 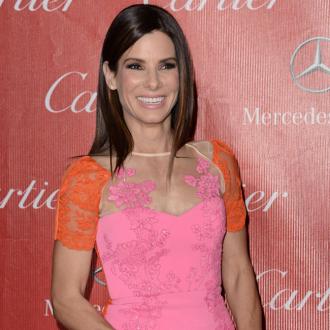 The 50-year-old star has admitted that she will skip the channel if she sees herself on television as she wants her five-year-old son Louis to find her fame ''inconsequential'' and has revealed after seeing a small clip from 'Gravity', Louis thought she was an astronaut for a while.

''He's seen a couple of glimpses. He thought I was an astronaut for a while. I want it to be so inconsequential and such a nonissue. I want him to be embarrassed by me like all other parents.

''I'm going to take him to 'Minions' and see if he recognises the voice, and if he doesn't then we'll just keep moving.''

And the award-winning actress says the role in which she feels most beautiful is that of a mother.

She told PEOPLE magazine: ''I don't feel beautiful in anything I've acted in. I don't watch myself, but I've gotten better at looking at the work.