Sandra Bullock's ex-husband Jesse James wishes he was part of her son Louis' life and doesn't think it's fair she proceeded with his adoption alone after their split. 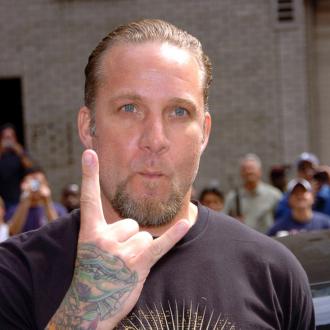 Sandra Bullock's ex-husband wishes he was part of her son Louis' life.

Jesse James was in the midst of adopting the five year old in New Orleans, Louisiana when he split from the Oscar winning-actress, 51, in 2010 after five years of marriage after it was revealed he cheated on her with multiple women and doesn't think it is fair that she proceeded with the adoption process without him.

The 46-year-old motorcycle entrepreneur said: ''The painful part was about Louis, who we adopted. As bad as stuff was between us, we adopted a kid and things got kind of good for a little while and we had that kid to focus on, and, boom, it was over in 24 hours - gone, done.

''I got divorced and lost a kid I adopted because of it. Whether that's fair, whether I should have lost a kid due to infidelity, which I don't think anybody ever does.''

Jesse also believes he should be given more credit for taking full responsibility for their divorce.

He told 'In Depth With Graham Bensinger': ''The relationship part I was able to put [aside]. I had to stand up in front of the media and take full account for what I did and I took it all. I took 100 percent of it right on the chin. Nobody does that. Everybody denies it.''

Jesse recently married professional drag racer Alexis DeJoria and believes she is the perfect woman for him.

He said:''She's just like a real woman. I don't want to say anything to jinx it, but it's pretty good. She's the first person I've ever been with that just lets me work and thinks it's awesome.''