Sandra Bullock still has her high school cheerleader outfit and joked she wants to be buried in it or use it ''some sexy night''. 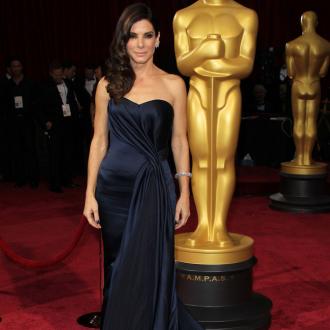 Sandra Bullock wants to be buried in her high school cheerleader uniform.

The 51-year-old actress - who is dating photographer Bryan Randall - revealed she ''embarrassingly'' still has the outfit she donned as a teenager and joked she plans to get back into it for a ''sexy night'' some time.

She said: ''That might come in handy some sexy night. I don't know who I'm saving it for. I want to be buried in it.''

Despite being voted the most beautiful woman in the world, the 'Our Brand in Crisis' star - who has an adopted son, Louis, five, and recently adopted a baby girl - insists she lost a lot of roles in her early career because she didn't have the ''classic'' look of a leading lady.

She told the November issue of America's Glamour magazine: ''They didn't want me to be the girl. 'Cause I wasn't classically beautiful.

''I loved comedy. I was the best friend. I wasn't a leading lady.''

But Sandra insists the scrutiny of her appearance led to opportunities that have benefited her in the long term.

She added: ''It allowed me to express myself in a more authentic way. Because I didn't fit a certain type, it gave me the career I wanted.''