Sandra Bullock looked stunning on Thursday night, as she made her return to the red carpet at the world premiere of her latest movie, Minions held at London’s Leicester Square. The 50 year old actress had not attended a red carpet since July of last year when she was honoured at Spike TV's Guys' Choice Awards. 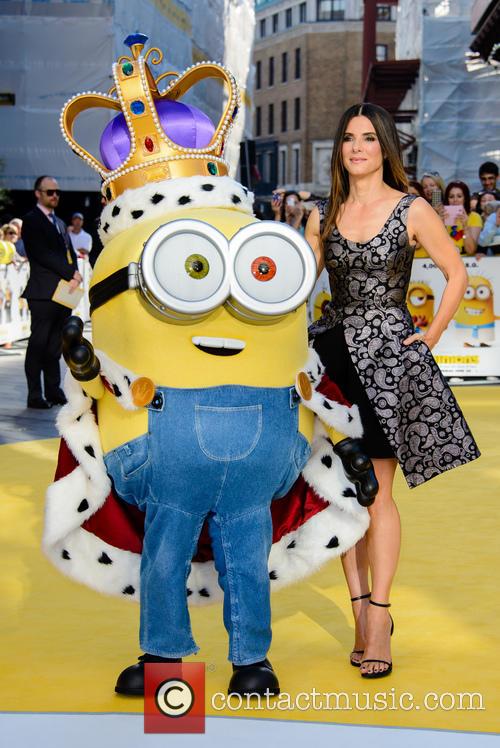 Sandra Bullock at the world premiere of Minions

The actress wore a beautiful black and silver Stella McCartney dress for the occasion, teaming it with Saint Laurent strappy shoes and Jack Vartanian jewels. In the film Bullock voices the villain Scarlett Overkill, with Jon Hamm voicing her husband Herb.

On the red carpet the actress revealed to Entertainment Tonight that her five year old son Louis doesn't know his mother will be voicing the animated flick’s villain. "He won't put two and two together -- at least not anytime soon," Bullock said. "If he does, I'll be shocked. The kid surprises me all the time.”

But although Louis might be too young to realise what his famous mother does, it doesn't stop Sandra taking roles that she knows will make him happy. "I wanted to make something my son could see and watch and enjoy, even though he doesn't know what I do and he doesn't know it's me – I can sit in the theatre and watch him," Bullock told the Belfast Telegraph.

More: The Minions Return In Their Own Spin-Off [Trailer + Pictures]

”Nothing makes me happier than hearing that boy laugh, [by] physical humour and animation so hopefully I'll be able to do that." Minions hits UK theatres on June 26th and is released in the United States on July 10th.