Sandra Bullock: My family isn't what I imagined it'd be

Sandra Bullock - who raises son Louis, five, as a single parent - has admitted her family life isn't what she imagined it would be. 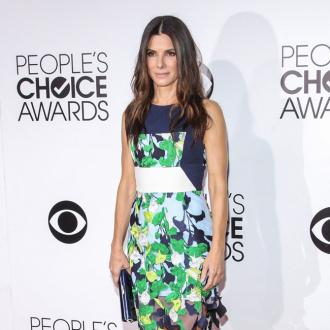 Sandra Bullock's family life isn't what she imagined it would be.

The 'Miss Congeniality' star raises five-year-old son Louis Bardo as a single parent and says she doesn't think it could get any ''better''.

She said: ''There are so many variations of families out there that are perfect. My family looks nothing like I ever imagined it would. It's better than I ever imagined.''

The 50-year-old actress also admitted she is ''really honest'' with her son and hopes he will grow up ''in touch'' with his emotions and feelings.

She added: ''Louis asks me some serious questions, and I'm really honest with him on a level he can handle. It's a beautiful thing.

''I want him to be a good man who is good to women and is really in touch with how he feels.''

And Sandra relies on a close-knit group of friends and family, which she lovingly calls her ''tribe'', when she needs some support.

She said: ''If you are struggling, the women in my life descend like paratroopers en masse and will not leave your side until they know you are standing on your own two feet again. No judgment, just support.''

The star also addressed rumours she is considering adoption again, joking that she is ''wickedly unprepared'' to have a new child around the house.

She quipped to People magazine: ''I've always said that I could have a house full of kids. But at this time the only kids in my house, other than Louis, are the ones whose parents want them back at the end of the playdate.

''But if these drumbeaters know something that I don't, I'd appreciate a heads-up on the details so I can pick up some supplies. I'm wickedly unprepared if Louis is getting a sibling this week.''