Sandra Bullock: 'I'm Not Pregnant, Ryan's Not My Boyfriend' 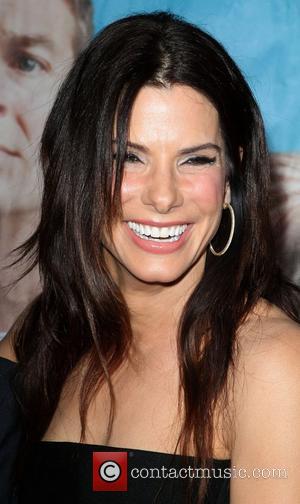 Oscar winner Sandra Bullock has shot down tabloid reports that she's pregnant with Ryan Reynolds' baby.
The Proposal star adopted little Louis at the beginning of 2010, just before her marriage to reality TV star Jesse James fell apart - and now OK! magazine has run a cover story suggesting she's about to become a mum again as her romance with newly-single Reynolds blossoms.
But the actress has reached out to the producers of U.S. TV news show Entertainment Tonight, asking them to set the record straight.
During Wednesday's (07Sep11) broadcast of the show, presenter Samantha Harris declared, "She is not pregnant and has no plans to adopt another baby at this time." And, as for the romance rumours, Bullock tells the news show that she is "not romantically involved" with her The Proposal co-star Reynolds.
Bullock also insists there is not truth to rumours suggesting Reynolds has signed on to become baby Louis' adoptive dad.