Sandra Bullock has hired ''an army'' of new bodyguards after a man allegedly broke into her mansion. 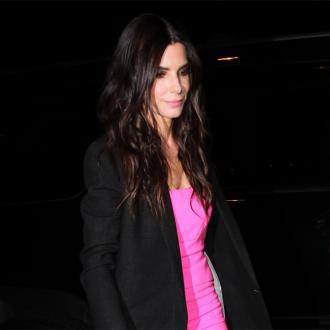 Sandra Bullock has hired ''an army'' of new bodyguards.

The 'Gravity' star was terrified when Joshua Corbett - who has been charged with ''one felony count each of first-degree residential burglary, stalking and possession of a machine gun'' - allegedly broke into her $16 million home in the early hours of Sunday morning (08.06.14) and plans to do everything in her power to protect herself and her four-year-old son, Louis, from potential intruders in the future.

A source told America's Star magazine: ''Sandy is traumatised by the break-in. She's hired an army of security guards.''

The 49-year-old actress secured an emergency restraining order against Corbett, but still doesn't feel safe, even though her house is also surrounded by security cameras and a barbed wire fence.

The insider added: ''Sandy doesn't even want to stay in the home, but to keep Louis on his schedule, she will. She's paranoid about safety to begin with, but now she's more frightened than ever.''