Sandra Bullock is in talks to take a starring role in her first film since winning an Oscar for 'The Blind Side', an adaptation of the book 'Extremely Loud and Incredibly Close'. 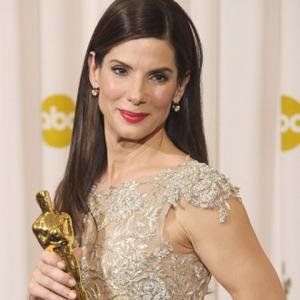 Sandra Bullock is in negotiations to star in 'Extremely Loud and Incredibly Close'.

The 46-year-old star - who this year won the Best Actress Oscar for her role in 'The Blind Side' - is in talks alongside Tom Hanks to star in the project, an adaptation of the 2005 dramatic novel by Jonathan Safran Foer.

If Bullock signs on to star in the movie, it will be her first film since her Academy Award-winning performance.

The film tells the tale of an intelligent nine year old - who has yet to be cast in the Stephen Daldry-directed project - who begins searching for a lock to match a key given to him by his father prior to his death in the New York terrorist attacks of September 11, 2001.

Bullock and Hanks would play the child's parents in the movie, which if locked would see them filming in January 2011.

Screenwriter Eric Roth has adapted the book, which Scott Rudin being lined up to produce.