The Minions Return In Their Own Spin-Off [Trailer + Pictures]

With the dramatic success of the 'Despicable Me' franchise, Universal Pictures has made the wait for 2017's 'Despicable Me 3' more bearable with a spin-off featuring everyone's favourite villain lackeys...

Since the continents were all combined as Pangaea, the Minions have existed and lived to serve a despicable master - or so says the trailer of 2015's 'Minions'. The spin-off from the highly popular 'Despicable Me' franchise focuses on the most iconic supporting characters of modern animation in a film of their own.

According the film, the Minions have existed for longer than mankind

'Minions' brings Pierre Coffin back once again as the voice of the Minions themselves - specifically Kevin, Bob and Stuart; the protagonists of 'Minions'. Moreover, Coffin serves as the film's director, as he did with the first two and the 2010 short film, 'Minion Madness'.

The film follows a tribe of the little yellow creatures as they search for a master, often leading to said master's destruction. Over the years, the group accidentally knock a dinosaur into a volcano, unintentionally drop a pyramid on a pharaoh, fire a cannon at Napoleon by mistake and unwittingly expose Count Dracula to sunlight. As you may have gathered, they are fairly accident-prone. 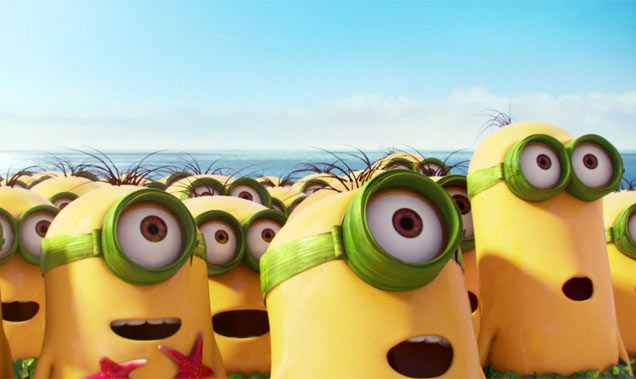 But as Kevin, Bob and Stuart set out on a journey to find a new leader for the tribe, their adventure takes them to New York City, where they arrive at around 1968 - just in time for the super-villain convention. From here, they try to gain the recognition of Sandra Bullock's Scarlet Overkill in order to become her own personal minions. 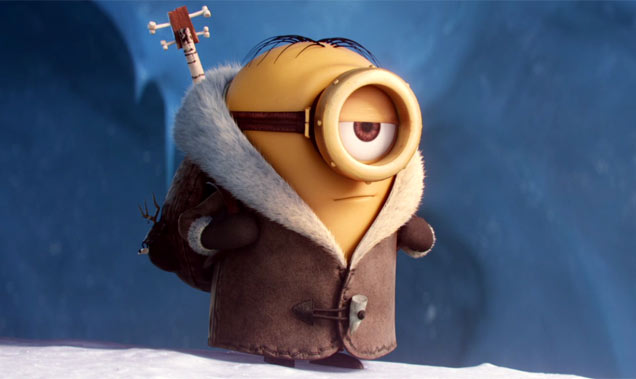 Despite being in production since 21st August, 2012, the spin-off was announced at the end of 'Despicable Me 2' in a fourth-wall-breaking sequence in which the characters of Kevin, Bob and Stuart 'auditioned' for their part in the film. The movie was set to be released on 19th December, 2014, but due to the success of 'Despicable Me 2''s summer opening, the film was pushed back to 10th July, 2015, by Universal Pictures.

More: Despicable Me 2: Where Do The Minions Go From Here? Throught the film, the Minions serve a dinosaur, the ancient Egyptions, Napolean and Dracula