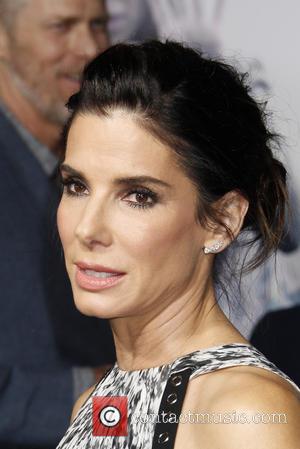 The film, co-produced by Bullock and her longtime pal George Clooney, was panned by critics and it failed to win the audience's vote during its first weekend (30Oct-01Nov15) on release, opening in seventh place. The Blind Side star's 1996 movie, Two If By Sea, had previously been deemed the worst-performing North American debut of her career, with $4.7 million (£2.94 million).

Meanwhile, Matt Damon's The Martian holds onto number one in its fifth weekend on release, earning a further $11.4 million (£7.13 million) to take its domestic total to an impressive $182.8 million (£114.25 million). It was enough to scare away competition from Goosebumps, which remains at two with $10.2 million (£6.38 million).