Despicable Me Spin-off Minions Has Scored The Second-biggest Opening Weekend For An Animated Film In North American Box Office History With A $115.2 Million (£72 Million) Haul. 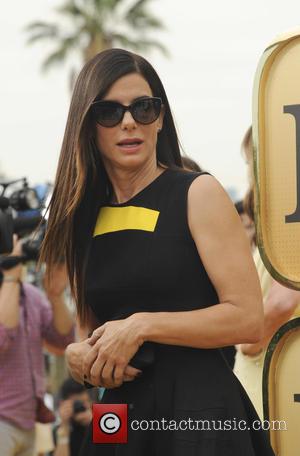 The impressive debut falls just short of the record held by Shrek the Third, which raked in $121.6 million (£76 million) upon its release in 2007.

Minions, which features the voices of Sandra Bullock and Jon Hamm, also made history with the biggest single day takings ever for a cartoon feature in North America, after striking gold with $46.2 million (£28.9 million) on Friday (10Jul15) alone.

The movie's huge success replaces Jurassic World at number one; the dinosaur epic slips to two with a strong $18.1 million (£11.3 million) in its fifth week after stomping all over its competition for the past month.

Another animated family comedy, Inside Out, takes third place with $17.1 million (£10.7 million), with Terminator Genisys and new horror film The Gallows rounding out the new top five.