Sandra Bullock has expressed her sincere gratitude towards Jay Leno for his long-standing support over the years, even when she may not have necessarily deserved it. The outgoing host of The Tonight Show welcomed the Gravity actress for the penultimate episode of his talkshow before comedian Jimmy Fallon takes over hosting responsibilities. Actress Sandra Bullock Has Expressed Her Gratitude Towards Jay Leno.

"When I saw you in Wrestling Earnest Hemingway, I looked at you the way I looks at my wife for the first time," Leno said. "You just popped and I went 'Oh my God, this person's going to be a big star' and it all came true," the sweet host added. Then it was Bullock's opportunity to say nice things in return, which came from the heart if her tears of emotion were anything to judge by.

"You've always been so kind. That's saying a lot in this business, because we like to be mean," Bullock said to laughter. "There's not been one time you haven't treated me like I had something to offer - even when the film was awful and you knew it, you never let me see it in your eyes." She added: "When I made crazy life decisions, you never questioned it. You were so welcoming. I just felt special, even when I was insecure."

"Well, you are special," Leno said, kissing Bullock's hand. Sandra was just one of the guests who dropped by to catch Leno before he leaves the show once and for all after 22 years and 4,610 episodes. 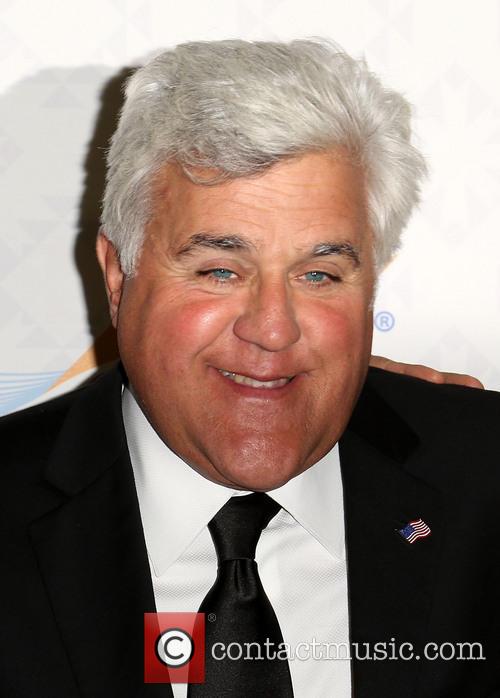 Jay Leno Prepares For His Last Ever Episode Of 'The Tonight Show.'

Comedian Arsenio Hall, director Kevin Smith and actor Carrot Top each made surprise appearance based around Leno's story that he'd been cleaning out his office and had found a few lost property items his guests had left over the years, including Justin Bieber's bong and diary, and Carrot Top's helmet for the recently defeated Super Bowl team, the Denver Broncos.

Apparently, it is hoped that Fallon's surprise hiring will help The Tonight Show in its number one slot as well as attract younger demographics who'll be more familiar with the social media savvy host; a move that has been taken since Leno was criticised for being too mainstream.

The Tonight Show airs on Thursdays at 11:35 p.m. on NBC. Jimmy Fallon's first show will air on the 17th February.