George Clooney Turns Out To be Quite The Prankster 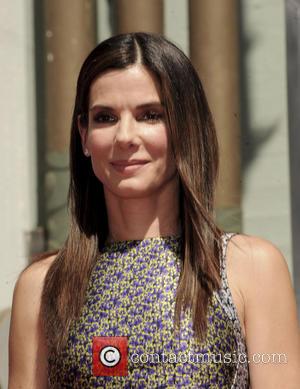 George Clooney has been revealed to be quite the prankster by his 'Gravity' co-star Sandra Bullock.

Bullock appeared on 'The Tonight Show with Jay Leno' this past Friday (Sept 27th) to promote their upcoming sci-fi movie and discussed how her and Clooney have known each other for years.

The conversation then shifted to the embarrassing tale of a recent dinner party where Clooney managed to ruin her evening dress.

The 49 year old reflected on a recent evening when the duo were at a dinner party, Bullock explains that she told the host that if he did not cheer up then she would throw him into the pool.

Clooney saw this as a perfect opportunity to prank the Oscar winner, setting it up when she took a bathroom break.

Sandra explained "I went to the bathroom and came out and there was George and someone else with just their pants on going, 'We're gonna go in the pool,' and I was like, 'Really?"

She told Leno, "And so I held their hands and on the count of three, and in slow motion I see Nicole Kidman with a stack of towels ... and I jump, and they let go, and I go in the pool."

However there was only one problem, the 52 year-old now owes Bullock a new dress as she said "the sad part was I wore this cute little lace dress that I paid a lot of money for, and as I got out, it started disintegrating."

'The Blind Slide' star also explained to Leno why she has never dated the famous womaniser, "I think we're probably the only two that haven't dated in the business," she said. "I think it's probably because we're a little too similar."

The pair obviously have a lot of chemistry which will hopefully translate in their upcoming thriller movie 'Gravity' that will hit theatres 4th October 2013.