Footballer Behind The Blind Side Despises Movie

The American Football Star Whose Life Story Inspired Sandra Bullock's The Blind Side Has Grown To Despise The Oscar-nominated Movie, Because It Has Turned Him Into A Celebrity And Now He Is "Watched For Everything". 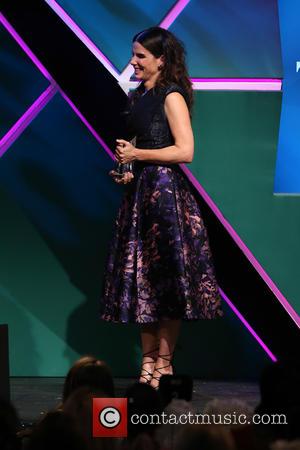 Michael Oher, who was portrayed onscreen by actor Quinton Aaron, hit headlines on Wednesday (17Jun15) after he was involved in a scuffle with Carolina Panthers teammate Kony Ealy during a training camp session, and he is convinced the incident only became national news because of his involvement in the film.

The defensive tackle, 29, tells sports network ESPN, "I’m not trying to prove anything. People look at me, and they take things away from me because of a movie. They don't really see the skills and the kind of player I am. That’s why I get downgraded so much, because of something off the field.

"This stuff, calling me a bust, people saying if I can play or not... that has nothing to do with football. It’s something else off the field. That’s why I don’t like that movie.

The once-homeless African-American sportsman became a star athlete in Tennessee after he was adopted by a white family, headed up by Leigh Anne Tuohy, who was portrayed in The Blind Side by Bullock. The role won her a Best Actress Oscar in 2010.