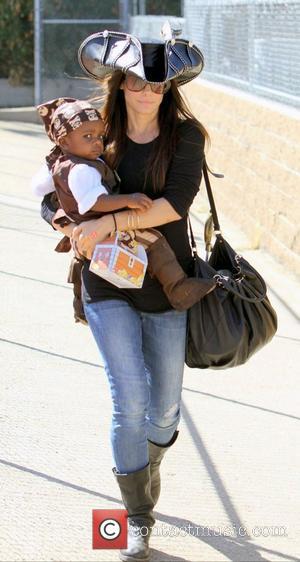 Sandra Bullock felt compelled to sign up to star in upcoming 9/11 movie Extremely Loud And Incredibly Close after witnessing the immediate aftermath of the 2001 terrorist attacks in New York.
The Blind Side actress plays a woman whose husband died in the World Trade Center attack, and she admits the role was tough.
Bullock saw one of the planes fly into the Twin Towers and has "so many memories and emotions" of the day - and she used her own experiences to boost her performance in the film.
At a press conference for the movie, she told reporters, "I was there and I saw it. I saw the second plane. I saw the people. I saw people helping people, and that to me is what resonates about the city of New York.
"So, I have so many memories and emotions of it. Some of them still don't register. In a good way, I hope that it doesn't ever leave... me because it made me aware of so many things that I wasn't aware of before. As long as everyone can talk about it and grieve...You should be able to grieve."