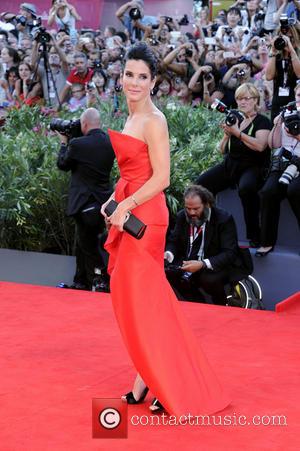 Sandra Bullock's new space movie Gravity has been given the seal of approval from a real-life astronaut.

The actress plays a medical engineer on a space shuttle mission with a veteran astronaut, played by George Clooney, in filmmaker Alfonso Cuaron's new sci-fi movie.

The film premiered at the Toronto International Film Festival in Canada on Sunday (08Sep13) and was given a thumbs up from Canadian spaceman Chris Hadfield, who was in the audience at the screening.

Hadfield said, "Fortunately, the five months I spent on the space station were way calmer. But the visuals were spectacularly good. I don't know how you did it. And if I ever fly in space again, I want to fly with Sandra."

Hadfield spent five months aboard the International Space Station before touching back down to Earth in May (13).