Grammy winning artist Terence Trent D'Arby returns with a new double album under his new name Sananda Maitreya; 'The Rise Of The Zugebrian Time Lords'. He has now unveiled the video for the album's lead single 'Blanket On The Ground'. The album is due out on October 9th 2015 through TreeHouse Publishing.

The video is set in a glorious woodland filled with butterflies, and with the addition of various circus acts appearing here and there - two of which fall deeply in love. There's a vaudevillian air to the song, placated by summery orchestrations, an exotic rhythm and that classic gospel-soul vocal that made him such a big hit in the late 80s and early 90s.

The multi-Platinum selling pop artist marks his tenth studio album with the self-produced and self-written 'The Rise Of The Zugebrian Time Lords'. Recorded in his own studio in Milan, the record not only features an endless list of new original material, but also three covers by The Beatles. It also follows on from his 2013 release 'Return To Zooathalon' as part of a series devoted to a sci-fi fantasy world based in time and space, where evil forces have the ability to erase your past.

Sananda Maitreya - Blanket On The...

Terence Trent DArby - Do You...

Terence Trent DArby Let Her Down... 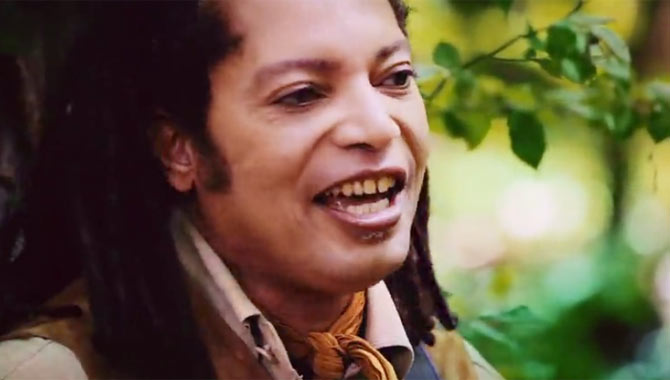 Terence Trent D'Arby - Do You Love Me Like You Say? Video

Terence Trent D'Arby - Holding On To You Video